Art Nouveau’s legacy in Havana is picked up for the most part through its architecture. It includes exiguous, isolated buildings, tardily generated between 1900 and 1920. The most significant examples are found along wide avenues in central city areas, while others are disseminated here and there as small pieces shaping the grid of compact blocks in denser zones, or in distant neighborhoods; all of them proudly figure as part of this style’s repertoire, bounded predominantly to the residence topic.

In essential difference with Europe, Art Nouveau in Havana appears more as an elegant skin than a conception that organically impacts the form of space. The style is mainly circumscribed to an ornamentation superposed to neoclassical and eclectic facades. This tropical version is indebted to Catalonian masters, which migrated from their native land between 1790 and 1840, looking for better economic opportunities.

This important Hispanic community, deeply rooted in the island by the second half of the XIX century, contributed its savoir faire in construction techniques and handcrafts. Catalonians took roles as promoters and authors; one of their major contributions was the creation of workshops for the production of prefabricated decorative elements, decisive for the dissemination of modernism which led to the term of mould architecture . The most recognized were perhaps the ones known as Ornaments in cement and plaster property of Baltazar Ustrell and Fabrication of artificial stone and all kinds of cement ornaments which belonged to architect Mario Rotllant .

Elements of art nouveau inspiration went beyond masonry in architectural design; they widely appear in carpentry, iron work, stain glass, ceramic tiles in floors and socles, stairs balustrades and garden and urban furniture. It is also common to find them in interiors, in wood and metal furniture, lamps and in an incredible variety of utilitarian and decorative objects.

There are a few places in Havana which concentrate exponents of this style. One of them is Cárdenas street , to the southwest limit of Havana ‘s Historic Centre; the other in Manrique street within the compact grid of Central Havana Municipality. These are unique examples of conjunction at urban level scarce as the Art Nouveau’s own print in the city. 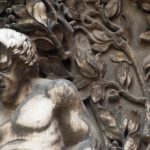 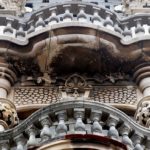 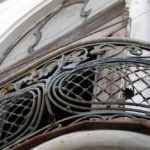 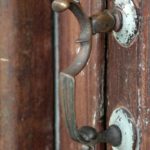 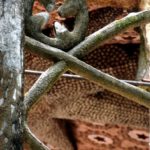 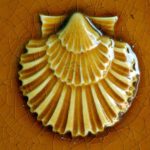 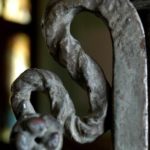 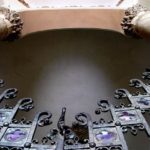 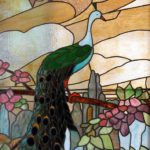 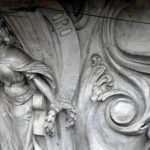