Rīga, the capital of Latvia, is an Art Nouveau city. The city centre contains the finest concentration of Art Nouveau buildings in the world: more than one third of all buildings there is of Art Nouveau style. It is an urban ensemble, inscribed on the World Heritage List. The early 20th century was the “golden age” for the development of the city. It became one of the major centres of industry, trade and culture on the eastern coast of the Baltic Sea. The population approximately doubled over the course of 15 years, surpassing 500,000 on the eve of World War I.

The first Art Nouveau buildings in Rīga appeared as early as 1899. Already after 1904 Eclecticism disappeared from Rīga’s construction activity, being completely replaced by Art Nouveau.

This new style there was inspired by German, Austrian and Finnish architecture, but rooted mainly in local cultural traditions. Primarily local architects were employed, most of them having been graduated from the Architectural Department (established 1869) of the Rīga Polytechnical Institute.

In wide diversity of formal trends of Art Nouveau of Rīga rather restrained, structural sense of architectural idiom prevail, although extraordinary lavishly decorated buildings are presented as well. The most characteristic are so called Perpendicular Art Nouveau and National Romanticism. The latter reflected the search for the Latvian national identity in architecture. Art Nouveau in Rīga was highly professional and versatile phenomena, where all visual arts were melded into one. 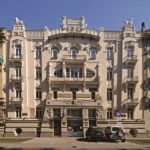 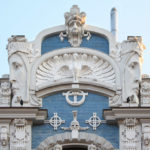 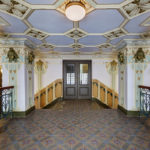 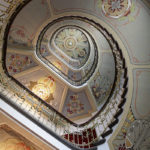 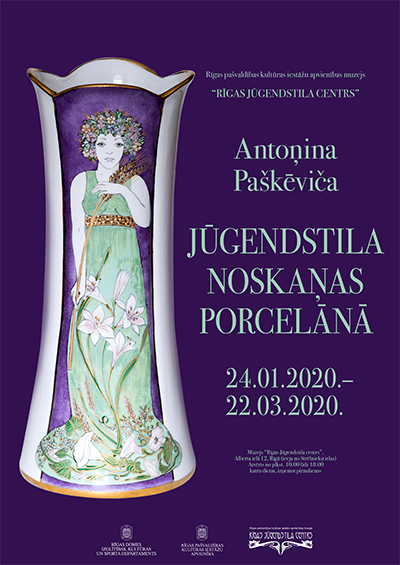 Antoņina Paškēviča says that she has always been interested in the image of a woman in art and that Art Nouveau provides a rich inspiration for the artist’s imagination. The images of nature, nature and woman in porcelain dishes and small plastic vividly show the artist’s style, interest in history and mythology.

Exhibition Art Nouveau in Riga. A Decade of the Collection at the art gallery Riga Art Space

From 21 June, 2019, the exhibition “Art Nouveau in Riga. A Decade of the Collection” welcomes visitors at the art gallery “Riga Art Space”. The exhibition introduces the collection the museum has created over a decade through very accurate and purposeful work. Museum “Riga Art Nouveau Centre” is the only museum in Latvia that preserves and promotes the cultural and historic heritage of Art Nouveau.

Museum “Riga Art Nouveau Centre” is celebrating its 10th anniversary. To mark the anniversary, the exhibition “Riga Art Nouveau. Architecture and Art” has been installed at Livs’ Square (Līvu laukums) and will be open for viewing from 22 July to 30 November, 2019.